`Kenny & The Kritix` were an American Rock band. They are captured & photographed here in analog from the stage & pit area during a 1982 America concert. For more information & to follow the band on social media use any of the following external links.

A word from the photographer
ON THIS NIGHT : KENNY AND THE KRITIX

Kenny and the Kritix were basically a rotating supergroup of Boulder musicians, formed by local Boulder radio DJ and music critic/journalist Kenny Weissberg. I photographed version #4 of the band at the Blue Note on the Pearl Street Mall in November of 1982. This version seen here in these images consist of Kenny Weissberg on vocals, Chip McCarthy on guitar formerly of Pearl, Jeffrey Wood on guitar and keyboards, “Hawk” Hawkins on bass, Peter Roos on drums with guest vocalist Craig Skinner formerly of Pearl as well.

A who’s who of Boulder musicians

The list of former band members reads like a who’s who of Boulder musicians, Mark Andes (Spirit, Firefall and Heart), Sam Broussard (Michael Martin Murphy), Michael Reese, Greg Overton, Tim Duffy and David Muse (Firefall) just to name a few. Kenny Weissberg is certainly the “ambassador” of Boulder musicians, known to all, and by all. This was the only show I photographed at the legendary Blue Note where previous acts that played there included Van Morrison, Blue Cheer, Paul Butterfield and punk bands Husker Du and the Dead Kennedys.

Mainly a theatrical cover band, also known as a new wave-garage band, they were certainly entertaining and would pack the venue when they played. The premise, Kenny the rock critic becomes the lead singer of a rock n’ roll band that take over the world. Not unlike an album created by Shrapnel Records executive Mike Varney and Jefferson Airplane’s Marty Balin called “Rock Justice” released in 1980. Guitarist Chip McCarthy, a long time Boulder favorite broke out all the amazing guitar licks from his arsenal and rocked onstage. Both Chip and guest vocalist Craig Skinner seen here, formerly of Boulder favorites Pearl.

Watch the slideshow of Kenny & The Kritix in concert

After you have enjoyed the analog Kenny & The Kritix concert pictures from Bill O’Leary then make sure to visit his GALLERY. You will find more of his work / social media links / websites / other published / non published portfolios. You can also view this photographer`s full A to Z of ALL the bands & artists they have photographed for Chasing The Light Art. The links below are where you will find more great Rock n Roll & America concert images & reviews from this photographer.

The concert & festival images seen here are copyright of the Photographer. Nearly all are available for purchase in various sizes. Contact the photographer directly for more information. 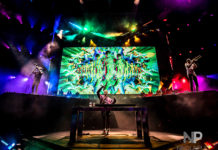 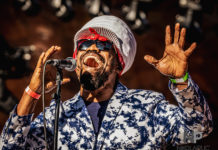 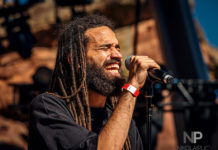 Based in Denver / America