`Toto` are an American Pop Rock / Classic Rock band. Here they are captured & photographed from the stage & pit area during their 40 Trips Around The Sun Tour in Japan. For more information & to follow the band on social media use any of the following external links.

Toto performed a sold out show at Budokan in Tokyo on Wednesday night and I had the extreme pleasure of photographing the rock legends. Toto is an American rock band formed in 1977 in Los Angeles. They came to Japan as a part ’40 Trips Around The Sun Tour’ for showcasing their best album with the same title, which was released in 2018.

The historical venue Budokan is located in the center of Tokyo, near the Imperial Palace. It was originally built for the judo competition in the 1964 Tokyo Olympic Games. It is the indoor arena with a capacity of 13,000 people and the most famous concert venue in Japan. The Beatles were the first rock band to played at Budokan in 1966. Since then, many famous rock music acts have played there. Further more, several live albums were recorded at Budokan, including releases by Bob Dylan, Eric Clapton, Cheap Trick, to name a few. Most Japanese indie bands dream of playing at Budokan, because it’s the proof of big success. I have always been dreaming of photographing concerts here too. I have seen countless concerts at Budokan since I was a child. As you can imagine, working as a photographer here means a lot for me.

The band opened with the new song ‘Devil’s Tower’ from their latest greatest hits album ’40 Trips Around The Sun’. They originally recorded this track with Jeff and Mike Porcaro back in 1981. (Drummer Jeff Porcaro is one of the founding members of Toto, passed away in 1992. Bass player Mike Porcaro passed away in 2015.) It is the perfect choice for opening the show to celebrate 40 years of their history and showing respect to their former members.

They continued with ‘Hold the Line’ from their self-titled debut album. This song brought a lot of excitement to the audience. Toto’s set was the great combination of their new and old tracks including some covers, and it satisfied their fans of all ages. Especially, the crowd welcomed their favorite party song ‘Rosanna’, singing along loudly. Then, they brought some chairs on stage and played some fantastic acoustic tunes, sitting on them. In this beautiful set, Steve Lukather looked back their 40 years of musical history and told brief story on each song in a relaxed way. Needless to say, Toto are the musicians with amazing skills and their stage presence were impressive throughout the show.

The voice of lead singer Joseph Williams was rich and strong. To my surprise, most of their members have amazing voices. They constantly added beautiful chorus and sometimes took lead vocal. That is absolutely their advantageous point and creates their unique sound. I have to mention that the new keyboard player Dominique “Zavier” Taplin completely knocked out the audience. He joined this tour to make up with the absence of founding member David Paich. Dominique played with Prince before and his creative and passionate performance was totally fantastic.

With out a doubt, the climax of this night was an extended version of ‘Africa’. The audience put on their cell phone lights and waved them slowly, singing along it. The Budokan was filled with crowd and also filled with numerous white lights. That beautiful scenery evoked the image of the Milky Way. It really touched my heart and I was almost crying. They have been classified as rock, AOR, fusion, pop, and so many others. But there is no point categorizing them. All you need is just listening to their masterpieces and enjoying them!

Chasing The Light Art ~ Concert and music photography magazine.
1 of 1

Watch the slideshow of Toto in concert

After you have enjoyed the Toto concert pictures performing in Japan from the Budokan concert photographer  Aki Fujita Taguchi then make sure to visit her GALLERY. You will find more of her relevant work, social media links / websites / other published / non published portfolios. You can also view this photographer`s full A to Z of ALL the bands & artists they have photographed for Chasing The Light Art. Follow the links below for more great Rock n Roll & Japan concert images & reviews from this photographer.

The concert and festival Images seen here are copyright of the photographer. Nearly all are available for purchase in various sizes.  Contact the photographer directly for more information. 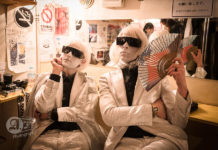 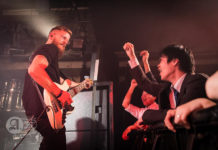 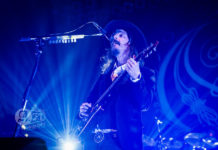 Based in Tokyo / Japan

No Fun At All

The Jesus and Mary Chain