The Five Hundred are a British Metal band based in Nottingham.They have been providing powerful metal & killer tunes for a few years.The band have released 2 songs in the past months & the latest, “The Rising Tide”, is an absolute banger that calls for upcoming music…

These past years, UK metal scene have been a great source of the genre new era, and among the bands being ahead of this fresh air, The Five Hundred is certainly one of the most representative. After talking a little about how they’re dealing with covid situation and working from home, lock downs and so on, Andy Crawford (bassist) and Paul Doughty (guitarist) answered my questions in an open speech interview, on the past, but most of all the future of the band.

Andy : Mark (Mark Byrne – guitarist ) and I both grew up in Gibraltar and started playing together when we were about 16.We both had the same taste in music and we moved to Nottingham together, to go to University and continue to pursue a career in music. After many years wasted in partying and a few changes with band members, eventually John (John Woods-Eley – Vocalist) became our vocalist around 2014 and this is when we became The Five Hundred.

How did you guys meet?

Andy : We met Paul at Rock City in Nottingham. He was a fan of one of our earlier bands and after many drunken conversations at the club he joined..After Paul, then Kelsey James – drummer) became a band member, who was previously in We Are Tyrants…

Have you met him in a mosh pit?

Andy : No no, he definitely still does, but we’re too old to mosh now… [laughs]. We have known John for a long time, he was singing in other bands. Then he left for Australia for a while and took some time away from music.When he came back, it was the good time for him to join a new band and we all knew his vocal range would really suit the vision we had in mind for the next band…

Where does the band’s name come from?

Paul: Someone did a review of us after a gig and mentioned we sounded like there was 500 people on stage. We thought it was pretty cool, so decided to keep it. [The formation was known as DAOR before 2014]

How could you define your genre?

Andy : Ah, that’s a question for you, what would you say, i’m curious?…
Oh, I think I’d say, solid metalcore, or melodic death metal…

Andy : That’s fine with me. Even though, we don’t really want to be labeled metalcore, cause nowadays every new band that basically juxtapose screaming parts and melodic parts claims to be metalcore… We initially started with heavier sound, more thrash / death metal that evolved to a more melodic version of itself.

What are your influences, or what are you listening to?

Paul: We all have different influences, but, for example, I grew up listening to Avenged Sevenfold, Iron Maiden, Dreamtheater etc – more classic metal
Andy : The Haunted ; Meshuggah ; Killswitch Engage, to mention just a few.John is mostly into Alice in Chains, Seattle grunge scene, stufff like that…

How have you been able recording Black Dogs and The Rising Tide, what was the recording process?

Andy :Well, Paul and I work together to lay down the main structure of the songs and work remotely with Kelsey and the others.

Is everyone involved in the writing process? Lyrics or instrumental first?

Paul: Yes, everyone is involved at some point – but the music tends to be written by Andy and myself.
Andy: Mark and John write the lyrics after we’ve got the music down.

How could you describe the evolution of the band’s sound through the years, from Winters to The Rising Tide?

Andy: Winters was written before John joined the band.At first it was more death/black metal sound, with little songwriting really…Now it’s more structured, without losing our identity but including more melodic parts and actual Choruses.The musical content is still dark but with John’s vocal ability I always wanted to write more melodic music.The rising tide is probably our most precise and accomplished work so far…

After Black Dogs and The Rising Tide, can we expect an album in 2021 ?

Paul: Oh, definitely, we already have the material for that, the Covid situation has messed it up a little, and there is still a bit of mixing, but it’s ready.
Andy: We will probably release 2 other songs, one around next February, another one in spring, and probably the new album shortly after that.

If you had to pick, who would you like to tour with?

Paul and Andy: Meshuggah, any pals from UK, Betraying the Martyrs, Bleed from Within, InVisions…. Touring with Red Method was really cool.We have something scheduled June 2021. Thing is, at the moment, there isn’t anything clear for the coming months, tour dates being constantly postponed for most bands…. who knows… But we’re really looking forward in performing on stage again.

To Andy and Paul for spending this time to answer my questions. We all Agreed that next time, it would be much better live, any time soon at a concert or a festival, fingers crossed… Meanwhile, Listening once again to the amazing past album, Bleed Red, waiting for its succession…

The interview with Andrew Crawford and Paul Doughty was on 09.12.20 with text and questions by Emma Bauer and can be found on her website Here

After you have enjoyed the pictures and interview with The Five Hundred by Emma Bauer then make sure to visit her GALLERY. You will find more of her relevant work, social media links/ websites / other published / non published portfolios.You can also view this photographer`s full A to Z of ALL the bands & artists they have photographed for Chasing The Light Art.The links below are where you will find more great Rock n Roll concert images from this photographer.

The concert and festival images seen here are copyright of the photographer. Nearly all are available for purchase in various sizes. Contact the photographer directly for more information. 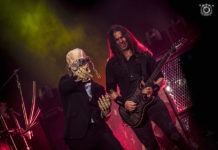 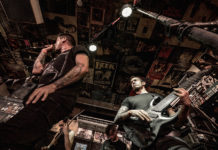 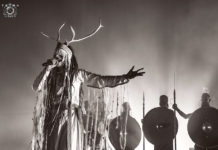 Based in Paris / France