`Halestorm`are a Hard Rock / Alternative Heavy metal  band from America.Here they are photographed & captured  from the stage & pit area during a concert in Sweden. For more information & to follow the band on social media use any of the following external links.

A word from the  photographer

Lzzy Hale is one of those front women who can stand on stage and really interact with the crowd and there were no exceptions here at Debaser Stockholm this Monday evening. Lzzy’s voice is outstanding live and the notes she is able to hit are beyond impressive.
The other side of this is a band that can play live and sound as good as when they are in the studio, and these guys certainly deliver on this.
.
Chasing The Light Art ~ Concert and music photography magazine
1 of 2

The set as a whole was a really good blend of tracks old and new from “Mz Hyde” and “Love Bites” to “Skulls” and “Vicious”. It was a really pleasant evening, where both the audience and the band were in a crazy good mood.
.
Chasing The Light Art ~ Concert and music photography magazine
1 of 2

History of the band

Halestorm is an American rock band from Red Lion, Pennsylvania, consisting of lead vocalist and guitarist Lzzy Hale, her brother drummer and percussionist Arejay Hale, guitarist Joe Hottinger, and bassist Josh Smith. The group’s self-titled debut album was released on April 28, 2009, through Atlantic Records. Their second album The Strange Case Of… was released on April 10, 2012. Its lead single “Love Bites (So Do I)” from that album won their first Grammy Award for Best Hard Rock/Metal Performance on February 10, 2013.
.
Chasing The Light Art ~ Concert and music photography magazine
1 of 1
Halestorm is well known for their near non-stop touring, often performing as many as 250 shows a year. Since 2006 they have toured with many hard rock and heavy metal acts including Alter Bridge, Chevelle, Seether, Staind, Papa Roach, Trapt, Three Days Grace, Theory of a Deadman, Buckcherry, In This Moment, Disturbed, Shinedown, Avenged Sevenfold, Stone Sour, Hellyeah, Heaven & Hell, Evanescence, The Pretty Reckless, Starset, Sevendust, Dorothy, Lita Ford and Bullet for My Valentine.
.
Chasing The Light Art ~ Concert and music photography magazine
1 of 1

After you have enjoyed the Halestorm concert pictures performing in Sweden from Lennart Håård then make sure to visit his GALLERY. You will find more of his relevant work and links to his social media  / websites and other published and non published portfolios. You can also view this photographer`s full A to Z of ALL the bands and artists they have photographed for Chasing The Light Art.The links below are where you will find more great Rock n Roll and Sweden music images and reviews from this photographer.

The concert and festival Images seen here are copyright of the Photographer. Nearly all are available for purchase in various sizes.  Contact the photographer directly for more information by using any of the social media links provided. 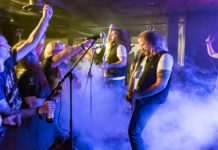 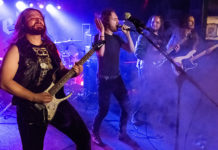 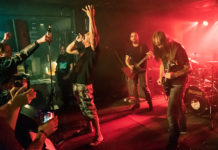 Based in Jönköping / Sweden