`King Diamond`is a Heavy / Goth / Black Metal musician from Denmark.He is  photographed & captured  here with his band in ANALOG from the stage & pit area during a concert in America in 1987. For more information & to follow him on social media use the following external links.

ON THIS NIGHT : KING DIAMOND

Since leaving Mercyful Fate for a solo career in 1985 after two albums and an EP, King Diamond has released 15 or so albums along with another five Mercyful Fate albums as well. A metal legend from Denmark, with his unusual falsetto vocal style, he has continued a long career as the torch bearer for Black Metal and his Euro Style of metal music. I captured King Diamond in 1987 while on tour supporting his Abigail album at Normans Place in Aurora, Colorado. Many fans consider Abigail a high point for King Diamond and these rare classic images support that.

The band consisted of fellow Mercyful Fate band member and original bassist Timi Hansen, guitarist Andy LaRocque, second guitarist Mike Moon who replaced Michael Denner for the US tour, and drummer Mikkey Dee. I had full access to all areas of the stage, including behind the drum kit where I got a great shot of drummer Mikkey Dee, who since then had a long stint with Motorhead and later became the drummer for the Scorpions. Abigail was a concept album based on a story by King Diamond himself. The band played most of the new album, but of course included many Mercyful Fate songs as well, “Into the Coven”, “Black Funeral” and “Come to The Sabbath”.

Kind Diamond has had a very long and successful career fronting his own solo band and occasionally resurrecting Mercyful Fate. I’ve always thought he had some of the most talented musicians in metal, and of course I personally love the European metal sound with guitar players harmonizing with each other as well as trading solos back and forth. Sadly, original Mercyful Fate bassist Timi Hansen seen here has passed away after a long battle with cancer. King Diamond carries on currently embarking on a very large US tour.

After you have enjoyed the analog King Diamond concert pictures taken whilst performing in America from Bill O’Leary then make sure to visit his GALLERY. You will find more of his relevant work , links to his social media / websites & other published & non published portfolios. You can also view this photographer`s full A to Z of ALL the bands & artists they have photographed for Chasing The Light Art.The links below are where you will find more great Rock n Roll & America concert images & reviews from this photographer. 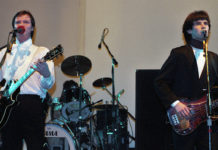 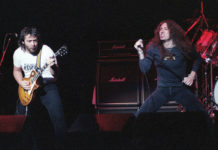 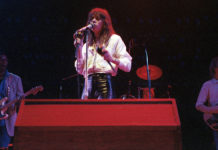